Home › The 10 Best Gambling Movies of All Time

You may adore playing at online casinos, but tearing yourself away from online slots and blackjack tables once in a while is always a good idea. The question is then – what should one do while not slapping the spin button or choosing whether to hit or stand?

One answer is to fire up the DVD or Blu-ray player, or sign onto your Netflix account and watch a little gambling-inspired movie action. Here we run down what we consider to be the ten best gambling movies ever committed to celluloid.

We could have gone for the original version of this movie – filmed in 1967 as a James Bond spoof and starring David Niven as a retired 007 – but we’re going to stay true to the official Bond canon and pick Daniel Craig’s first appearance as the world’s greatest super spy. 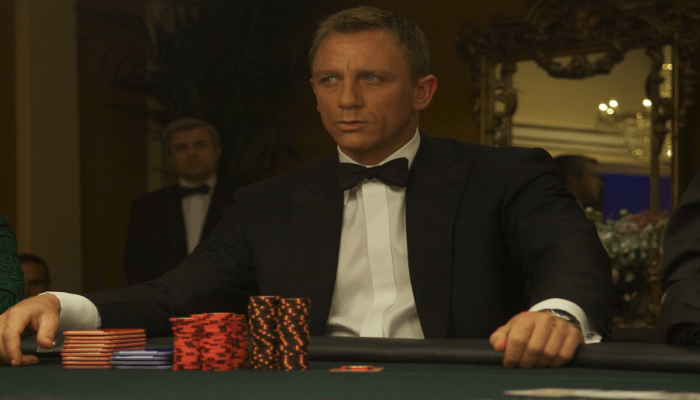 This film caused a little consternation as baccarat-loving Bond chose to instead play the much more zeitgeist-y game of Texas Hold’em poker in the pivotal casino scene lifted straight from Dr No (Bond played baccarat in three other 007 films). People forgave this sin though, as the steely Craig’s performance re-invented Bond as an edgy, non wise-cracking spy with a nice line in blue swimming trunks.

This ‘based on a true story’ pic might have slipped under your radar when it was released, but it’s well worth 104 minutes of your viewing time. It serves as a stark reminder that when gambling stops being fun you should walk away before your bankroll (and your bank account) becomes as non-existent as Donald Trump’s modesty. 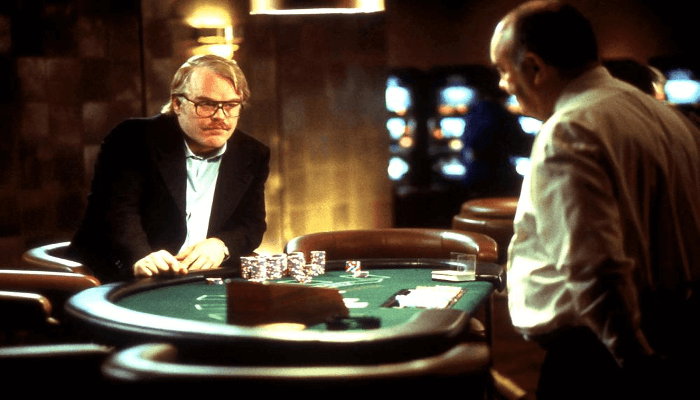 Dan Mahowny (the brilliant Philip Seymour Hoffman) is a seemingly pleasant and mild-mannered bank manager with a secret – he skims off cash from his customer’s bank accounts in order to fund weekly gambling trips to Atlantic City. The film starkly portrays Mahowny’s descent into fiscal doom, and how his life collapses around him as a result.

There is only one true way to ‘break the bank’ at a real-world casino, and that’s by card counting (which you cannot do at an online casino – even at a ‘live’ online casino) when playing blackjack. Card counting is where you raise your bets if a dealer’s shoe runs hot (lots of tens, court cards and aces are being dealt) and lower them when the exact opposite happens. 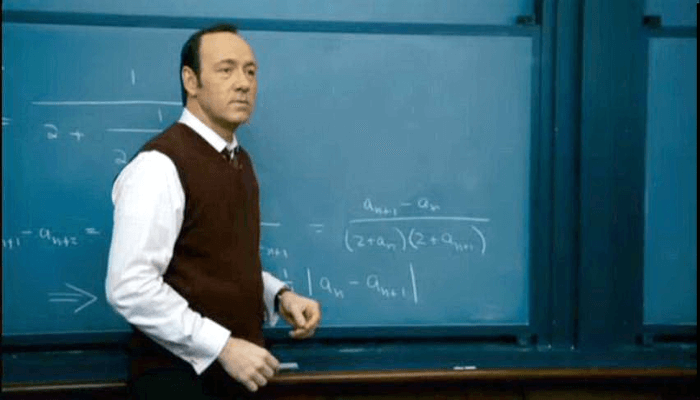 The only issue is (a) you have to be something of a maths whizz in order to do this and (b) if the casino gets wind of what you’re doing you might find yourself rudely escorted from the building. Another ‘true story’ movie, a team of MIT nerds (led by Kevin Spacey in the movie) did manage to win hundreds of thousands of pounds by card counting at Las Vegas casinos. This movie shows how they did it, although an unwanted melodrama-style plot is super-imposed over the actual events to the detriment of the film.

If you’re not familiar with gambling terms, then ‘let it ride’ is where you win (usually big) by betting on a certain number in roulette but immediately keep your winnings on the same number in the hope you’ll be lucky two (or more) times in succession. 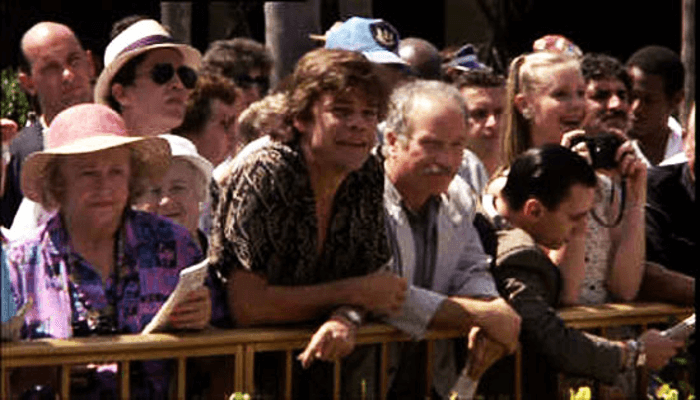 This comedy movie concentrates more on horse racing than casino action and stars Richard Dreyfuss, Teri Garr and Robbie Coltrane. Dreyfuss plays Jay Trotter, a taxi driver who overhears two men discussing a forthcoming horse race that is due to be ‘fixed’, netting whomever backs the right horse a big pay-day. Trotter does just that and goes on to have an extraordinary day at the races, winning $68,000 from his original $50 bet.

Of course it’s not all plain sailing and – buoyed by Dreyfuss’s sympathetic portrayal of Trotter – this movie makes for a pleasant, non-demanding evening’s entertainment.

The first movie from director Paul Thomas Anderson (who went on to direct Magnolia, Punch-drunk love and the classic There Will Be Blood), this is a character study outlining how lives collide, intertwine and then fall apart. 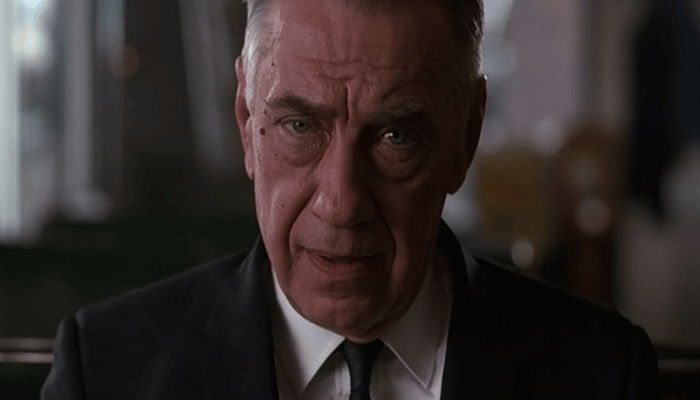 An experienced gambler (Sydney, played by Philip Baker Hall) takes a down-on-his-luck young man (John, played by John C. Reilly) under his wing and teaches him how to make money at Las Vegas casinos. After two years of success John becomes attached to a cocktail waitress named Clementine (Gwyneth Paltrow) who has to ‘make ends meet’ by prostituting herself in the evenings.

John and Clementine become embroiled with some bad stuff, and it’s up to Sydney to help them out. He does so, but finds his own life under threat when confronted by a hoodlum named Jimmy (Samuel L. Jackson) who threatens to reveal to John that Sydney’s ‘adoption’ of him was not quite as random as it might have originally seemed.

In case you’re wondering, ‘hard eight’ is the term used in craps for a double four.

The first in the ‘Ocean’s trilogy’ of movies directed by Steven Soderbergh, this casino heist movie was followed by Ocean’s Twelve in 2004, and Ocean’s Thirteen in 2007. There’s to be an Ocean’s Eight released in 2018, although only Matt Damon out of the original cast is scheduled to make a return. 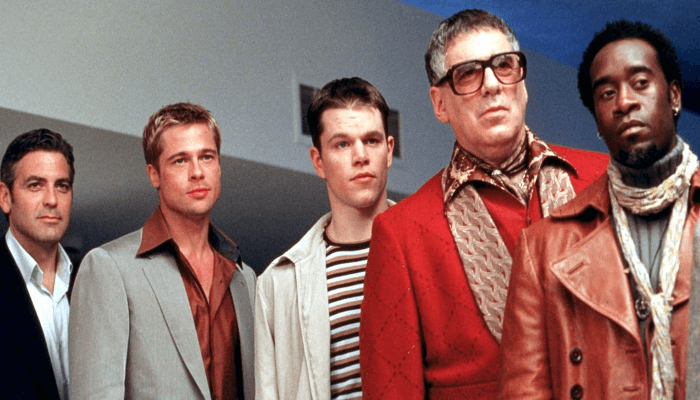 Of course not everything goes smoothly, and movie watchers are treated to something of a thrill-ride as Clooney and his team pursue this attempt to line their pockets while keeping their lives intact. 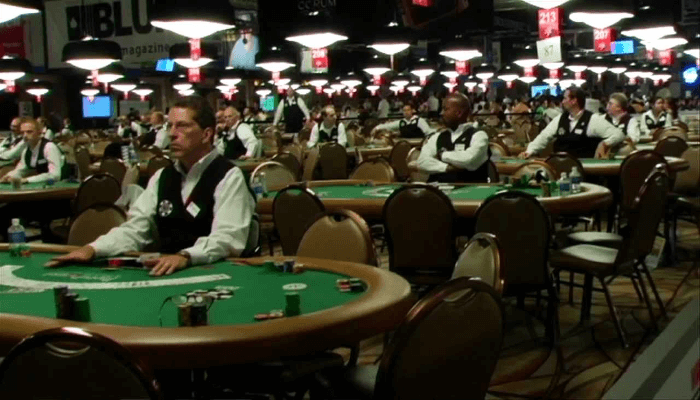 This documentary explores the re-birth of poker as accelerated by the rise in popularity of online poker rooms, and the US’s sudden obsession with Texas Hold’em poker.

Plenty of poker stars are interviewed, including Chris Moneymaker, the legendary player who qualified as a nobody for the 2003 World Series of Poker via an $86 online PokerStars satellite poker tournament, and went on to win the $2.5 million top prize.

The dreadful day in 2011 known as ‘Black Friday’ is also covered in the second release of the film, which was finalised in 2012. If you’re not in the poker know, then Black Friday was the day the US Department of Justice shut down PartyPoker, PokerStars and Full Tilt Poker, leaving US-based online poker players nowhere to play.

One of the movies that helped establish Paul Newman as a genuine movie star, this is the story of ‘Fast Eddie’ Felson, a small-time pool hustler whom attempts to break into the world of big-time, high-roller pool playing. It’s his aim to beat the world’s greatest pool player, ‘Minnesota Fats’, played by Jackie Gleason. 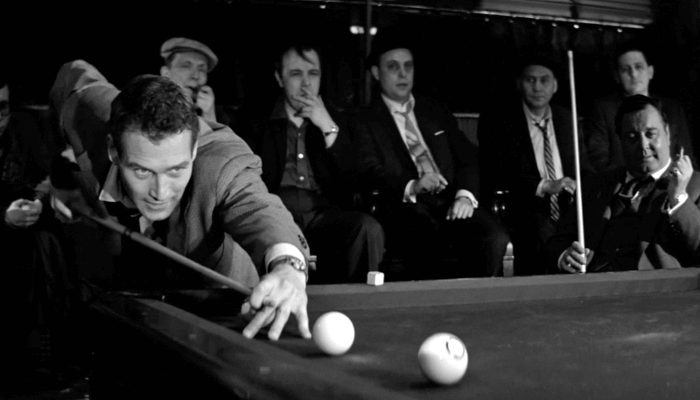 He travels to Minnesota and takes on ‘Fats’ on his own home turf. Despite being $18,000 up (the equivalent of $150,000 today) he refuses to quit unless Fats quits first. After twenty-five hours and an entire bottle of bourbon, Eddie loses it all.

The rest of the film deals with Eddie’s attempts to recover both his money and his reputation. He also become embroiled with Sarah Packard (Piper Laurie), an alcoholic who is supported by her father. Eddie gets to play Fats again, but for the second time things do not go smoothly.

Forget the underwhelming 2014 film that starred Mark Wahlberg, the version of ‘The Gambler’ truly worth seeing is this 1974 release starring James Caan. Directed by Karel Reisz and written by James Toback, Caan plays Axel Freed, a respected English professor and author whom has a spiralling gambling addiction. 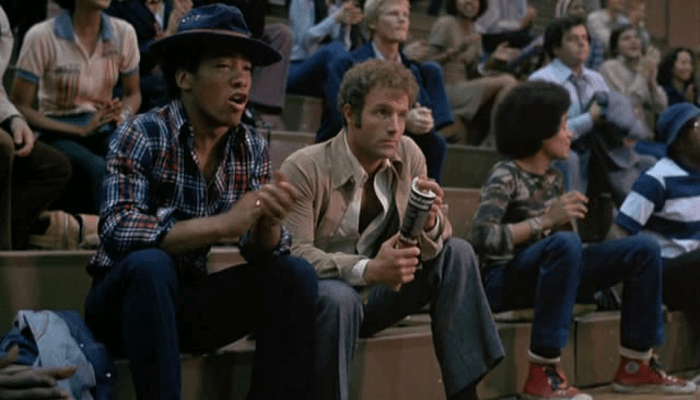 Freed has managed to rack up gambling debts of over $40,000, and is loaned the money to pay back by his horrified mother, played by Jacqueline Brookes. He heads to Las Vegas and instead of paying back the money he gambles with it instead, winning big but then blowing it all on basketball bets.

Things go from bad to worse for Freed, as the reality of his addiction begins to hit him hard. As ‘1970s’ a movie as you can get, this film is guaranteed to thrill.

Nothing to do with the UK version of America’s favourite pastime, this film follows the fortunes of enthusiastic young poker player Mike McDermott (Matt Damon) as he attempts to break into the WSOP circuit so he can sit next to his hero, Johnny Chan (played by Johnny Chan!). 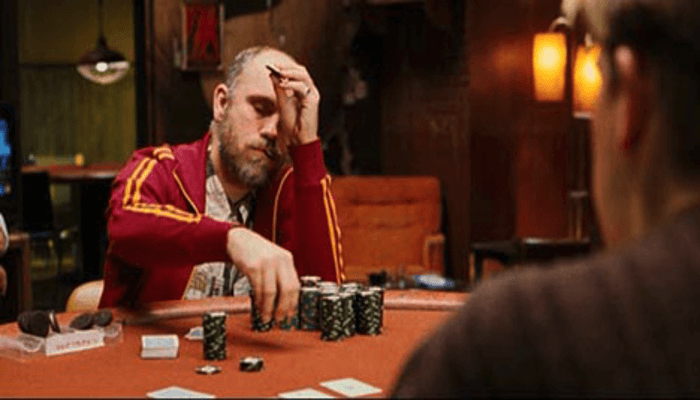 Unfortunately for McDermott he comes across Teddy ‘KGB’, a poker-playing Russian mobster portrayed in memorable fashion by John Malkovich, and loses his entire $30,000 bankroll in one evening. After that, McDermott vows to leave the poker tables behind.

However, Mike’s childhood chum Lester Murphy (Edward Norton) is released from prison and lures McDermott back into the poker-playing realm.

After plenty of shenanigans Mike and Lester end up playing Teddy KGB for a second time, obviously hoping for a slightly better outcome. 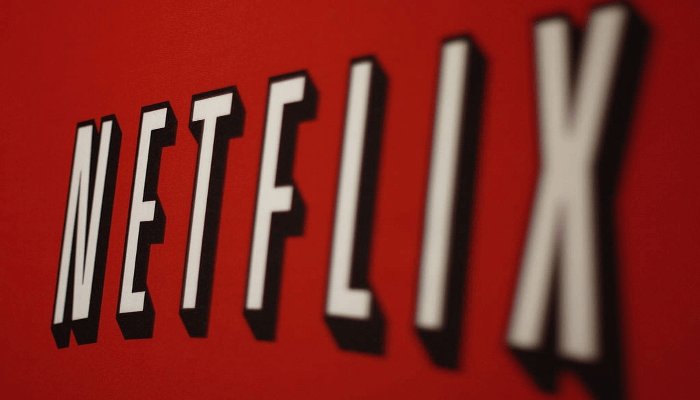 That completes our run-down of what we consider to be the top ten gambling movies of all time. If you fancy an evening of Netflix and chilling out to poker and casino-themed movies, then there is plenty of gambling fare to be found on the world’s premier streaming service. Hard Four, 21, Rounders, The Gambler and The Hustler should all be on there (Netflix freshens up its content on a very regular basis), as well as other gambling classics such as Croupier, Casino, Life on the Line, Double Down and KidPoker. Don’t forget the popcorn!