Yggdrasil Gaming software company was established in 2013 by the former CEO of NetEnt, Fredril Elmqvist. Yggdrasil technology has taken the gaming industry by storm through the use of iSense technology which gives players a technologically advanced gaming experience. Players can be rest assured to expect futuristic games from Yggdrasil. 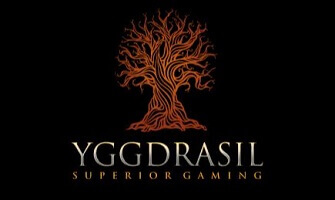 Play Yggdrasil Products at these Casinos

A Brief History on the Development if Yggdrasil Gaming

The word Yggdrasil means an ash tree, which according to Scandinavian mythology, is home to dragons, eagles and other mythical creatures. Although fairly new in the gaming industry, Yggdrasil has been well accepted because of their state of the art innovative technology.

Yggdrasil’s main objective in the gaming industry is to provide revolutionary games that are not just number based. The games developed by Yggdrasil are compatible with a large number of devices such as laptops, smartphones, tablets among other mobile devices.  Yggdrasil has produced games such as Keno, video slots, scratch card games and jackpot games.

Yggdrasil games slightly resemble the technology used by NetEnt however, Yggdrasil games are much more advanced. Features such as infinite spins can be found in this software provider’s games. The most popular Yggrdasil games include Winterberries and Jokizer.