By TechAdmin on 29th March 2017 in Gambling News, General, Poker

Filatov played a major role in promoting partypoker’s Million event in Sochi, Russia. The man known as ‘nl_profit’ helped make the tournament a huge success. Indeed, there is already talk of Sochi hosting another tournament in 2018. 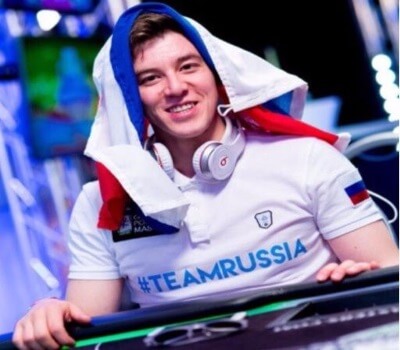 The online poker room were particularly impressed with the way Filatov (above) reached out to the Russian-speaking players.

Filatov’s career winnings are thought to be in the region of $1.4 million. His biggest win came in March 2014 when he scored €265,000 when finishing second at a European Poker Tour event.

He now busies himself running a Global Poker League outfit – The Moscow Wolverines. In Sochi, The Wolverines lost in the semi-finals to the eventual tournament runners-up, The Berlin Bears. The squad are now preparing for GPL Season 2.

Filatov is one of 19 members of the GPL to have secured a sponsorship deal with a major poker outlet.

Meanwhile, Sochi will next play host to the PokerStars Championship at the end of May. Taking a leaf out of partypoker’s book, PokerStars have hired Igor Kurganov to front their Russian ambassadorial team.