By Henry on 4th May 2017 in Gambling News, General, Poker

Saloman Ponte has turned the air blue at Poker Night In America.

The self-proclaimed ‘Hashtag King’ hurled insults at all and sundry at this weekend’s PNIA.

And these weren’t your common-or-garden ‘you suck at poker’ barbs, either. Far from it – Ponte (below) called card sharp Doug Polk a “fucking retard”. He then described Polk and fellow player Shaun Deeb “the biggest bitches in poker”. 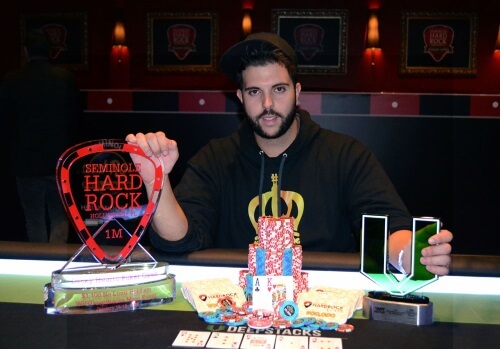 Ponte insults fellow pro Deeb, then turns on his wife

And it didn’t stop there.  Polk was so surprised by Ponte’s behaviour that he asked the TV production team whether they had a muzzle. “Yeah, ” the self-proclaimed poker celebrity piped up, “for Doug because he is a little bitch.”

He then turned his scorn upon Shaun Deeb. Or rather, he tore into Deeb’s wife – a low move even scumbags usually think twice about.

Ponte’s consistently unpleasant conduct meant that it was rather amusing when, after losing his stake money, he was reduced to asking Polk and Deeb to lend him money to get into a $25/$50 cash game.

The whole sorry mess concluded with Ponte being instructed to apologise to Deeb. The latter then demanded that the ‘Hashtag Kid’ be banished from the venue as Ponte was filming Deeb with his camera phone. 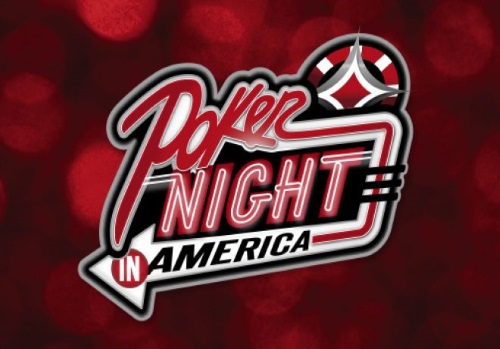 What next for the ‘Hashtag King’?

The poker press is now rife with speculation over what a major body like the World Poker Tour would do were young Salomon to behave in a similar manner at a televised event. For while Ponte was on PNIA to cause ructions, few could’ve predicted he’d fly off the handle so dramatically.

All of which said, if Ponte was a ratings success, you can expect to see the ‘Hashtag King’ rather more than you’d like in the weeks and months to come.

Update – In the wake of his PNIA behaviour – and his subsequent social media explosion – Salomon Ponte has been granted poker pariah status. First up, sunglasses manufacturer Blue Shark Optics terminated its sponsorship agreement with the ‘Hashtag King’. Then LA’s Bicycle Club decided that it wouldn’t be welcoming Ponte to its Live At The Bike event.

“We are cancelling next week’s scheduled appearance [by] Salomon Ponte,” explained a Bicycle Club spokesman. “His recent activities on social media have gone way too far over the line. Despite his antics, we gave him a chance. We asked him not to use racist/homophobic/sexist slurs, and despite agreeing he wouldn’t, he continued to use these extremely offensive words at an even higher volume. This left us no choice.”

The Bicycle Club’s change of heart might also have something to do with his PNIA opponent Shaun Deeb stating that he wouldn’t attend the Live At The Bike event if the ‘Hashtag King’ was there. Deeb has also confirmed that he will boycott Poker Night In America should Ponte be invited back on the show.