By Henry on 11th April 2018 in Educational, Gambling News

An important part of playing at an online casino is the transfer of money. Players need to be able to top up their casino bank roll and, if they have been lucky, to withdraw winnings from casino games.

Nowadays, there are a mind-boggling number of choices when it comes to payment options but today we are focusing on one particularly interesting type, one that has been in the news quite recently – cryptocurrency.

Two main factors differentiate cryptocurrency from what is known as fiat currency, which are currencies like euro, GBP, American dollars etc. First, fiat currencies exist in both the virtual form (think internet banking and the like) and in the physical form i.e. the notes and coins that currently reside in your wallet or pocket.

Cryptocurrencies exist only in the virtual form, which means they cannot be physically withdrawn from an ATM, for instance, or dropped into a donation box.

The second difference is that fiat currency transactions are controlled by banking institutions. It is the bank that determines the exchange rates between currencies, inflation and so on. This is called a centralised system, which indicates that the control of said system is localised to a few entities. A government must declare a fiat currency legal tender for it to be used in that country – this is why you can’t use Thai Baht in Italy, for instance.

Cryptocurrencies, on the other hand, are not controlled by such a system and are in fact considered decentralised currencies. This means that there are no banks involved and the monitoring and recording of transactions is not focused in one place. It is in the interest of banks, which are businesses at the end of the day, to know who their customers are. By leaving them out of the equation, cryptocurrencies can and do function with complete anonymity.

There are, however, similarities to traditional currencies. Both are subject to the rises and falls of exchange rates and world events can and do impact how much they can be bought and sold for. 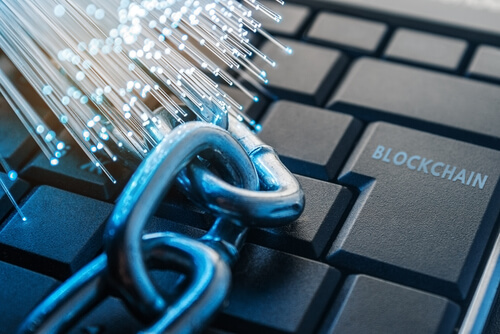 Most cryptocurrencies, from the most recognisable ones to the most obscure, work because of a kind of record-keeping called blockchain.

Blockchain can be thought of as a database, one which has not been entrusted to a single entity but one which many entities can contribute to. At its core, blockchain technology was created to bypass the human elements, nefarious and accidental, of banking transactions, and put mathematics and computers in charge of keeping the ledger up to date.

By harnessing the power of many computers, each of which being tasked with confirming transactions and the records of those transactions, there is less chance that records are tampered with.

All cryptocurrency units – whether they’re Bitcoin, Etherium or any other alt-coin – are basically pieces of virtual data, the transfer of which has been logged by all the computers involved in the blockchain. It’s as if you deposit at the bank has been checked not just by the clerk at the desk but by a million different clerks, none of whom ever make mistakes.

This brings us to one of the many uses of cryptocurrencies. At the moment, Bitcoin is perhaps the most well-known alt-coin in circulation as well as the one most widely accepted, though that may change in future. For the purpose of this article, we’ll be using Bitcoin as an example.

Bitcoin is quickly becoming a popular payment method at online casinos and for good reason. Here are a few of the advantages of using BTC over traditional currencies:

With these perks in place, it’s easy to see why casino players have really taken to Bitcoin as a payment option. Add to these the fact that Bitcoin can be kept completely separate from any other funds, thus making sticking to a gambling budget much easier, and you have an instant hit.

Getting involved in Bitcoin is not as complex as you might think. What you will need first is a Bitcoin wallet. This can be a downloadable client or entirely online and there are a number of options, just a search engine away. Your wallet is where your Bitcoin live and has a unique address (a long string of numbers and characters), which you will need to access when making and receiving payments.

To put some BTC in your wallet, all you need to do is purchase some at a Bitcoin exchange. This is exactly like visiting your local exchange bureau before heading out on holiday except it is totally virtual. You can buy Bitcoin at the current exchange rate and this is possibly the only part of the process where you might be asked to pay a fee – again, similar to visiting the exchange bureau ahead of your trip abroad.

With some BTC in your wallet, you can now top up your casino account. Visit the deposits page of your favourite casino, choose BTC as the currency, and you will be directed to send your BTC to the casino’s own Bitcoin wallet. Voila! Your account is topped up instantly.

The same goes for withdrawals. If you meet the criteria to withdraw i.e. wagering requirements, any bonus restrictions etc, you can instruct the casino to send your winnings to your unique BTC wallet address. Done and dusted!

Will Bitcoin replace traditional fiat currencies and other payment options entirely? It’s hard to say. A lot of people feel safer using those systems they know and understand already but plenty of others are making the switch to Bitcoin and other cryptocurrencies.

In the online casino world at least, many have adopted BTC as their payment method of choice. We might just be witnessing the first step towards a purely virtual currency system that champions safety, anonymity and convenience.

An introduction to e-sports
Play the new Amazing Aztecs slot from Just For The Win!