Two leading betting operators in the UK, Gala Coral and Ladbrokes are expected to hear a decision from the Competition and Markets Authority (CMA) this week. CMA was expected to announce on 18 April 2016 if they will give a green light to the proposed merger of UK gambling giants, but its timeline was highly doubtful.

Reports indicated that the CMA will allow the Ladbrokes Coral merger deal worth £2.3 billion to proceed, overtaking William Hill as the largest bookmaker in Great Britain. It is expected, however, that the two operators will have to sell more than 1 000 betting shops to ensure a healthy competitive environment.

With combined shops of almost 9 000, Gala Coral and Ladbrokes are confident that the CMA will give a green light to the merger. Some Industry analysts indicated that the merger deal could be doomed. This follows the decision made by the European Commission last week to prevent the take-over attempt of O2, a UK leading provider of mobile broadband, by the owner of rival Three which the CMA supported. The European commission opposed the O2-Three deal, saying it believes that reducing four operators to three will lead to price hike and harm competition. 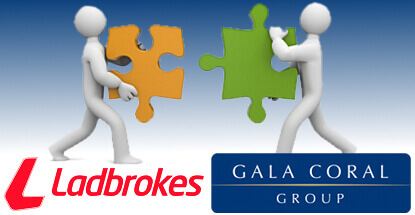 Concern over competition prompted UK-Based William Hill to request the CMA to red flag the merger. In its submission to the inquiry, Hill mentioned that pressures from competitors in the marker were more local than national based on location and quality of service. According to iGaming Business, their report showed that approximately 75 percent of retail customers place their bets in shops only.

Industry analysts believe that if the merger is allowed, the CMA will add a stipulation that forces the Ladbrokes Coral to sell few betting shops in order satisfy competition concerns. It is expected that the newly formed company will reportedly have £2.1 billion in revenues and £392m in main profits. As reported by The Guardian, the deal will save the two companies £65 million a year, primarily due to the removal of duplication in the back office.