Craps –and online craps for all online gamblers – is a popular casino game played with a pair of dice. The dice are cast by the ‘shooter’ with seven and eleven being deemed as winning throws. Two, three and twelve are considered to be losing rolls. Within the gambling community, craps also goes by the names; shooting dice, street craps and rolling dice.

Online Craps is a highly popular casino game, not only in the United Kingdom but throughout the world. Online Craps and similar dice based games are difficult to recreate in CGI format for two reasons. It is tricky to recreate the mechanics of the game in a Web browser or on a computer. It is also significantly harder to recreate the communal experience that many people value so much. Luckily for craps lovers everywhere, gaming technology has come a long way in recent years, and Casino UK will tell you all about the Best Casino Games for you to enjoy.  Online Craps is consistently one of the most popular games on gaming websites in the U.K. — and with good reason.

What Is Online Craps? 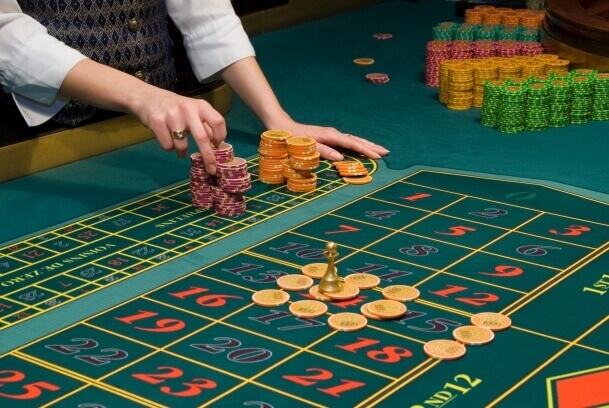 Craps itself is known by a wide variety of different names, with some of the most common being “shooting dice,” “rolling dice” or even “street craps.” At its core, craps is a basic dice game in which players are betting real money on the outcome of any one particular roll. One player rolls two dice, and all the players bet on the numbers being displayed. The payouts vary depending on how a group of people chooses to play, making for a unique and varied experience almost every time. Whether you are a United Kingdom resident or stay further abroad, the joy of online craps is now brought to all with an internet connection.

Every round of craps has two important parts: the “point” and the “come out.” The “come out,” appropriately enough, comes first. If the value of the come out roll is 12, 2, or 3; the shooter has effectively crapped out. If the shooter rolls 4 through 6, or 8 through 10, they’ve established the point. The number in question needs to be rolled again before a 7 for people who have bet the point to win. Whether playing at a Land Based Casino or and Online Casino, the game remains the same, there is absolutely no difference, besides the fact that you can’t actually roll  the dice.

As with many of these older casino games, it ‘s hard to know exactly when and where it originated. When it comes to Craps, there are several theories about its origin and it is likely that each one of these theories contains some truth. The game is likely to have developed over time, evolving into the game we know today. Some have suggested that Craps originates from an Old English game called Hazard and a French game called Crabes.

The Progression of Craps in the Modern World

Being birthed in Europe and the United Kingdom, it took a while for Craps to spread abroad. Craps first made its way to the United States at the turn of the 18th and 19th century. It was introduced by a politician and avid gambler by the name of Bernard Xavier Phillipe. Unfortunately, it was soon discovered that players were able to rig the game in their favour by using fixed dice. It wasn’t until 1907 that John H. Winn developed an updated version of the game that introduced a Don’t Pass Bet area. This made it far more similar to the game we know today and went a long way towards eliminating the problems with players cheating.

It quickly gained popularity. Once the digital age dawned and allowed us to create online casinos, it didn’t take long for Craps to appear online as well.

Craps as we know it took a major turn when the digital age appeared. As early as 1994, online versions of the game began appearing on the internet.  Since then it has become a staple within the online casino world. Online craps grew further when Live Casinos came into play. You can now play with a live dealer brought to your screen through a high-end video stream. Therefore if you missed the thrill of land based casinos but weren’t prepared to travel, you no longer have to!

Online Craps generally operates by these same basic rules. The major difference between Online Craps and the type of game that you would find in a casino has to do with the odds. Generally speaking, it’s accepted that all craps played in a casino favour the house quite significantly. Players are more likely to lose some or all of their real money both in the short- and long-term when played in a physical casino. Thanks to complicated computer codes and algorithms that are in play with Online Craps, the experience is much more random and luck-based, thereby producing a fairer environment for everyone.

Craps Online can be found o n almost every popular gaming website in the U.K. including 32Red, Coral Casino, William Hill Casino and more. Casino UK is home to the greatest Online Craps experience available. Our valued players can revel in the same buzzing atmosphere that draws the crowds around the craps table of any casino when a hot shooter rolls the dice.

Online craps tournaments take the fun and excitement that players get from a regular game and essentially elevates this to the next degree. In order to participate, players usually pay the house some type of entry fee, which varies from $5 to $25 or more depending on the online gaming site. The rules are largely the same, and the same types of bets are allowed, but a few important differences exist.

A huge number of popular online casinos offer craps tournaments on a regular basis. These include, but are not limited to, Lucky247, Gala Casino, Unibet, Paddy Power and more.

As with most online casino games, Microgaming is the most prominent software developer that handles online craps games in the virtual realm. One of the great things about regular Online Craps is that the experience can essentially be whatever you want it to be. If you prefer a minimalist interface that shows little more than a virtual table and the dice being rolled, you can find it.

The major benefits found in Online Craps, is also found in online gaming in general. Some players prefer to quickly sink inside their own heads and cut out nearly everything else but the game being played. Others want that experience of cheering on (or against) others in a gaming environment, albeit from the comfort of their own homes. Thanks to developers like Microgaming, both of those experiences are equally possible.

Online gaming technology has come a long way. For proof of that, look no further than Online Craps. Between regular internet craps and the seemingly endless number of variations that can be placed on the game, this simple dice game has exploded with a fiery vengeance into the 21st century. It’s easy to see why Online Craps is consistently one of the most popular games on many high-quality gaming websites around the country.

First time players can be intimidated by the rules and layout of Craps, but at Casino UK we pride ourselves on making the experience for any craps player as pleasurable as it is rewarding. All it takes is a little time to learn about Craps and you’ll be well on your way to winning. You might be tempted to know that the game of Craps offers some of the best odds as well.

How To Play Online Craps

Download one of our recommended casinos and discover the thrill for yourself!

Get all the insight you need into the common sayings of craps online here.