Monopoly is an all time favourite board game. The game has been brought to casino slots by the exploits of International Gaming Technology (IGT) in a series of Monopoly Online Slots. As in the board game, you will get your fill of fun and thrills with this slot.  The only difference is that this time you get to keep the money after the game is over. There are several versions of this game available to play. These titles include Monopoly plus,  Monopoly Pass Go, MegaJackpots Monopoly and Monopoly Here and Now.

The games have various paylines depending on the game you are playing.

The monopoly online slots are designed around the board game. So yes you can expect to see a board on the screen at some stage of play. The board will have the familiar elements of the board game that you have come to love. IGT then come in with their usual innovative flair and create graphics and animations that truly bring this beloved game to life. Lively graphics and interesting animations are used to make sure that players are not  disappointed with the game. The slots use the board games features to an amazing effect. The board game features are the symbols on theses video slots. 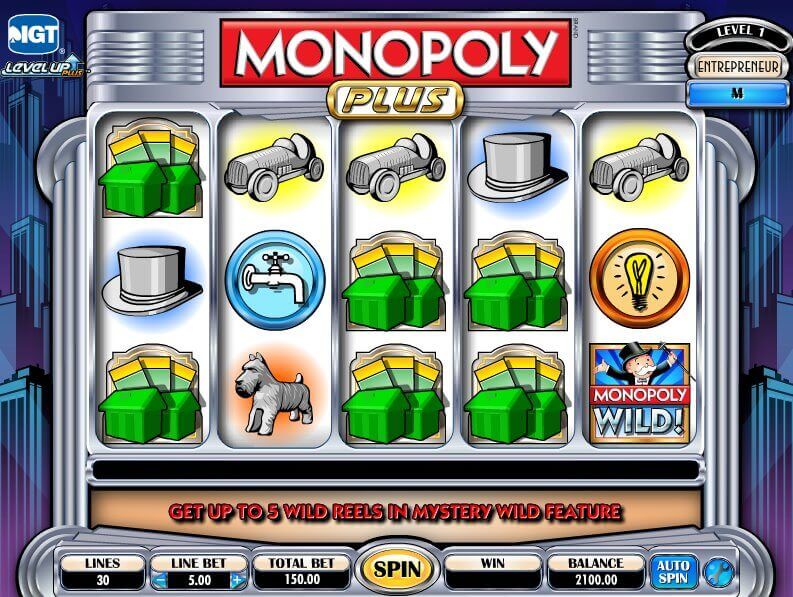 The variety available allows you to choose which version of monopoly suits you. From the fun Pass Go to the more modern Here and Now or the richman maker MegaJackpots Monopoly, one is certainly bound to catch your fancy. There is fun to be had by all for sure through this incredible series so get spinning today! A definite recommendation to all Monopoly lovers and others alike.