Transformers Battle For Cybertron Online Slot is the sequel to the Wagerworks/IGT designed game of “2009”. Unlike the prequel which was based on the 90’s cartoon hit series, this version is based on the movie franchise. The slot gets its theme from the Michael Bay directed fantasy movie. 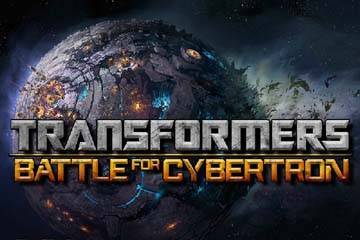 IGT attempted by all means to do justice to the movie franchise by releasing a top tier game. The game has sounds and scenes from the movie. The graphics and animations were also created with the desires to impress and they certainly do. Though the game has a pretty basic design the game does manage to keep players engaged. The game is a 5 reel slot with 40 paylines. The maximum number of coins is 60. Minimum bet is low enough for the risk averse at £0.60 and the maximum bet is £600, showing that the slot also caters for the big rollers.

The symbols featured in the game are based on the characters and objects in the successful movie franchise. There are six regular symbols, three from the Autobots and three from the Decepticons. The symbol features are the Autobots logo, Optimus Prime, Bumblebee and Ratchet from the Autobots. The Decepticon symbols are the Decepticons logo, Megatron, Grimlock and Shockwave. Shockwave and Ratchet are bonus features which appear randomly and add to the excitement. The Cybertron planet appears as a bonus scatter symbol. The wild card is the luminous purple cube from the movie franchise.

As previously mentioned, the game is set to the theme of the popular Transformers: Battle of Cybertron movie franchise. Graphics include lightening flashes in the background which also light up the entire screen the way real lightening does. The reels do not spin but fall from the top of the screen like they are transforming. This process is accompanied by the sound of transforming to complete the transformation effects.

The game has a free falling feature which keeps players captivated during play. In this feature it is possible to accumulate large wins in a single spin. In this feature the Grimlock symbol randomly appears and burns away symbols which are then replaced by new ones falling from the screen top. As long as there is a winning combination Grimlock continues to burn away the symbols and new ones keep appearing. The feature does not however destroy wild and bonus symbols. Shockwave had the same effect except that he does not burn he blows.

Another mystery bonus feature is the appearance of Megatron and Optimus Prime. They destroy all opposition symbols that are Autobots or Decepticons respectively.

The Ratchet symbol may appear when you have two bonus features and changes a random feature into bonus feature to trigger free spins. Alternatively free spins are activated by having bonus symbols on reel 1, 3 and 5. 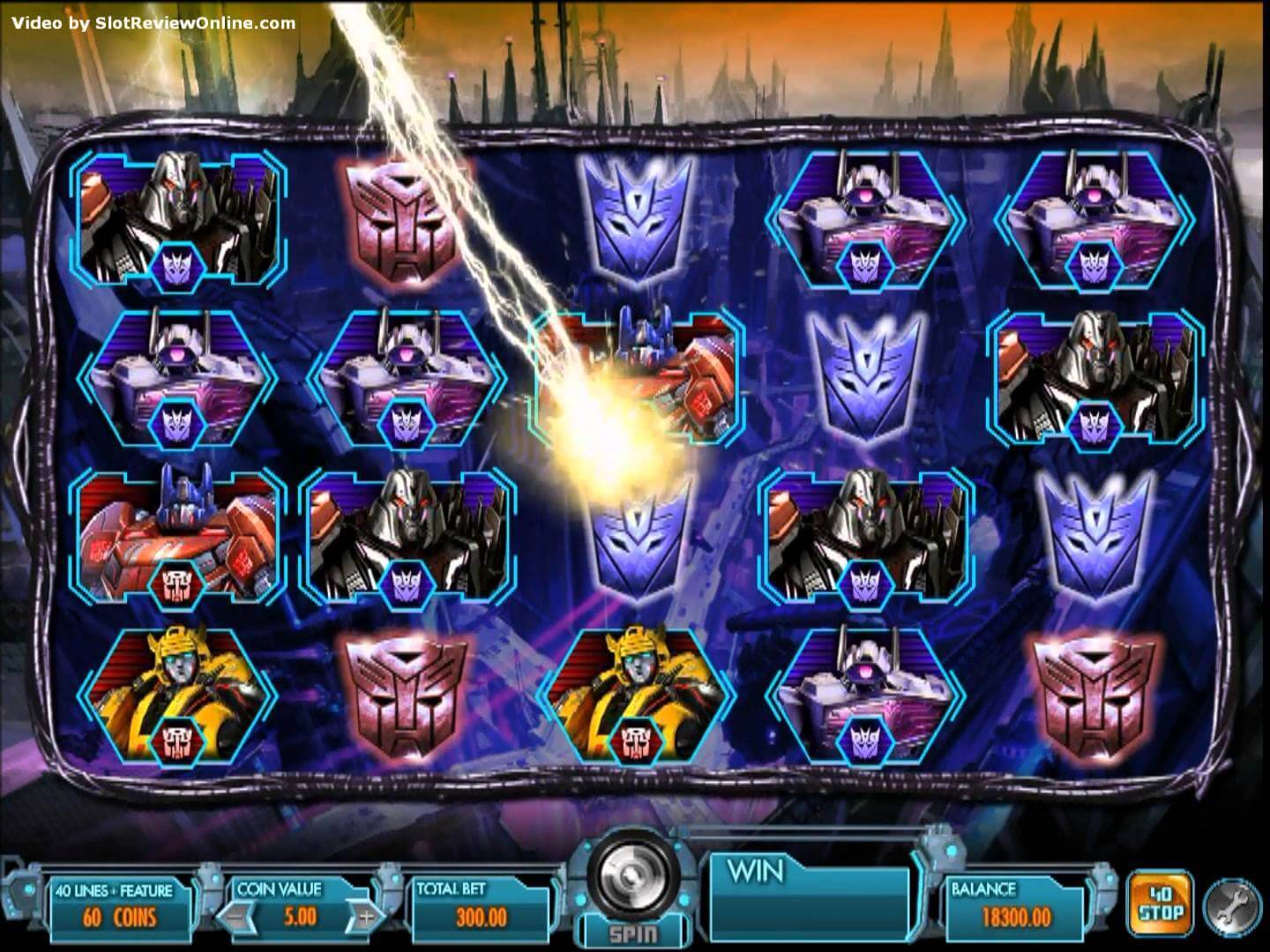 In conclusion Transformers: Battle for Cybertron Online Slot is a respectable slot with better imagery and sound than its predecessor. The bonus features which let you select your own bonus structure sets it apart from all other video slots. I definitely recommend it to all Transformers fans.